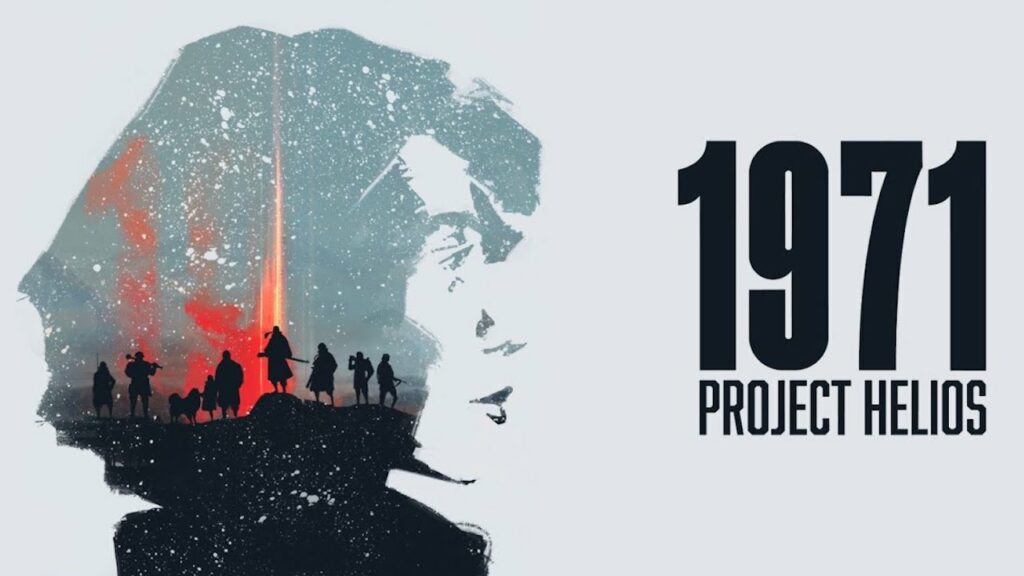 Just in recent months, a lot of high-quality tactics have been released, including the new XCOM and Gears Tactics. Independent developers who have chosen this genre a long time ago, also don’t lag behind. Not everything and not always with them, of course, goes without a hitch. But almost always there is an interesting, unusual “feature”. So, this “feature” is 1971 Project Helios.

The tie-in and general setting in 1971 Project Helios make you think of Frostpunk. Here is also a total cold around, teeth chattering and there is a new ice age in the yard, which has almost destroyed civilization. Nevertheless, military conflicts continue, and now they involve different factions — the military, religious fanatics who deny all technologies, and looters. And they all depend on in one way or another by the work of Dr. Margaret Blythe, who is almost the only one who can find a solution and return heat to the planet.

Therefore, when the scientist was kidnapped, a big variety of characters with different views wanted to find and save her. Exactly such people are recruited in our combat team– eight fighters who are sent to rescue Margaret Blythe. Initially, this is a temporary, largely forced Union. Some characters at the first meeting are generally ready to kill each other, although many are familiar and call everyone by their first names. Then, during numerous campfires, our characters will communicate a lot, and we will see how different they really are. One lady with a dog, for example, immediately tells the main grenade thrower in the squad that he is a soulless machine, and she will never become one.

Another girl throws a man in a hard hat: “What are you looking at, why are you always hanging around me?” But when he shows a photo of his dead daughter and says that she resembles her, the new ally says otherwise: “Okay, you can watch and hang around! » That, of course, isn’t Planescape: Torture in terms of the depth of relationships, but they are here and are shown very emotionally, in details.

1971 Project Helios — turn-based tactics in the style of XCOM. And from this point of view, it is difficult to treat it clearly. On the one hand, many things are ancient— there is no base, no strategy on the global map, you can’t useheights in the battles themselves, there is no interactive environment, and much more.

On the other hand, with all the simplicity of the rules, the game manages to regularly throw up really difficult tactical tasks, where every wrong decision can lead to failure — even the death of one of our fighters means defeat. The situation is irritating by the fact that cold here periodically causes damage to all participants in the fight. Therefore, it is important to look for a special resource at the levels-fuel, which helps to heal the wounded and revive the fallen. If it is not enough for the revive, then all starts over.

In addition, we are constantly looking for items of equipment-devices, sniper sights, and so on. All this is necessary to activate the abilities of fighters. That is, for example, the ability to disable the enemy with a blow for one turn can be enabled only if the character has the necessary gloves at his disposal. As the same branch develops, it will be able to break through the defense, but you will need even cooler gloves to activate it.

And at the same time, the question often arises: do we need the ability to disable in this case? It might have been worth activating skills from an alternate branch, allowing, for example, to strengthen shelters and give allies an extra action point. However, this requires other items and will have to deactivate other abilities.

Each of the awesome eight characters must have several alternative branches of skills. And the choice, which of them use at the moment and which disable is always difficult. One of the fighters has an almost existential choice – he can be either a powerful bomber who throws grenades at the enemy, or, on the contrary, the strongest doctor who can treat all the allies.

Tactical choice in 1971 Project Helios is always difficult. I didn’t say that four of the eight heroes should be selected directly for the mission. And they all are different, with their pros and cons: here are very useful, but weak snipers, and strong “tanks” with cold weapons, and stormtroopers with a shotgun, and gunners. There is, as I have already mentioned, even a lady with a dog who sets her dog on the enemy. At the same time, within each class, I repeat, we have to choose alternative specializations.

Therefore, the importance of making right decisions in battle. This is almost always a tactical puzzle, where you need to calculate everything accurately and correctly answer questions. What is better-to spend all your action points on a targeted “headshot”, but remain vulnerable in the line of fire, without shelter? Or hide and turn on our favorite surveillance mode (Overwatch)? Disable the enemy for one move, because you can’t kill them with one blow anyway, or run to the other and take them with guarantee out of the game? Or take cover and give an additional action to an ally? Take a chance and with a 50% probability shoot at the wounded, or again safely hide? By the way, all the chances of hitting are calculated in two ways-either 50 or 100 %.

We’re meeting with different types of enemies, snipers, which still need to get to, officers and those who know how to heal themselves and allies. Which of our fighters should collect their “overwatches”? All fights consist of such decisions, so they often have to be replayed. And the main task is always making sure that in one move you can remove the maximum number of opponents or temporarily disable them.

1971 Project Helios makes a enjoyable impression. Yes, this is not an outstanding and not the most detailed tactic in the world, but everything is saved by excellent work with the plot, characters, atmosphere (you should have heard how the snowstorm howls here!), as well as simple, but working tactical mechanics that always makes you think and look for the right solutions.

Advantages: interesting plot; characters have their own motives and characters; harsh cold-dark atmosphere; exciting tactical gameplay, constantly putting us before a difficult choice; variability of classes and abilities that can be changed on the move to alternative; excellent work with the sounds of the environment.

Disadvantages: in the tactical scheme, some things are still missing; outdated overall picture; if the sounds of the environment are made correctly, the electronic soundtrack is rather repulsive.