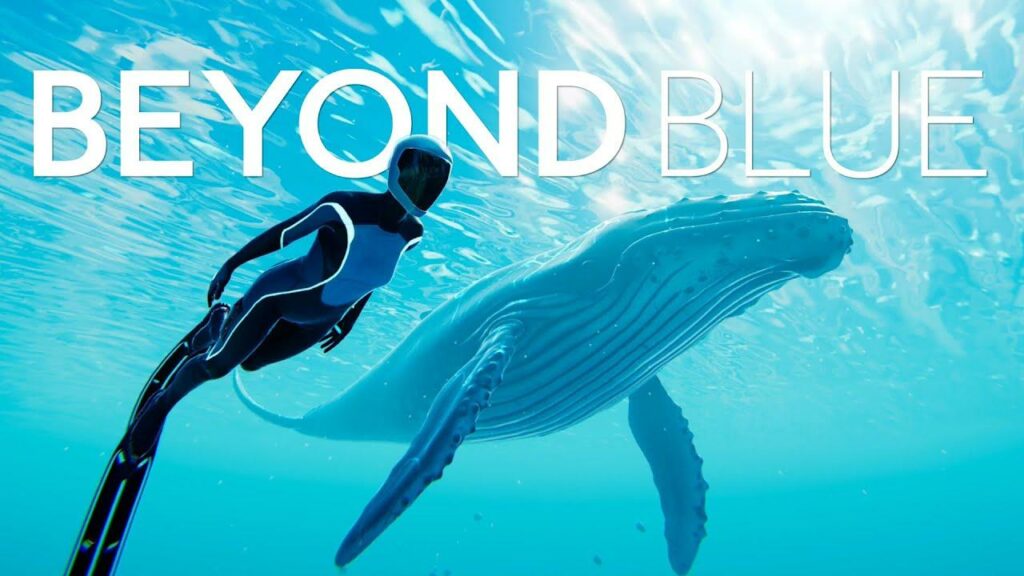 This year there were two games dedicated to underwater animal life, and they are completely different from each other. In Maneater, we ate everyone we saw on our way as a shark, and in In Other Waters, we explored the ocean on another planet in a calm environment, gradually collecting information about all kinds of animals and actively using our imagination because the graphics were not that good. Beyond Blue from the authors of Never Alone took from the first game the visual range, and from the second – the gameplay. The result is a beautiful and realistic “slightly documentary”, after which you immediately want to watch some movies about sharks and dolphins on YouTube.

It was probably meant to be that way. The game was created with the participation of BBC Studios and is inspired by documentary series like “Blue planet” and its sequel. The creators ‘ love for the ocean and everything that is happening under the water surface is obvious in everything: there is an encyclopedia with studied animals, a section with short clips, and quotes from scientific consultants, oceanologists and researchers after each story Chapter.

We play as Dr. Mirai Soto, who has a passion for exploring the underwater depths literally in her blood – even her grandmother once engaged in freediving. The girl goes to the Western Pacific ocean to observe a family of sperm whales. One of the them is pregnant and about to give birth to a multikilogram baby, and Mirai and her assistants, with whom she talks over the radio, conduct live broadcasts of what is happening. The heroine not only looks after the family, but also tries to get closer to them, including recording sounds made by sperm whales and trying to reproduce them.

It looks Beyond Blue mesmerizing – although the graphics here and can not be called photorealistic, the underwater world seems real. Here you can meet a variety of creatures – from tridacnaes and bottlenose dolphins to whale sharks and killer whales (almost fifty representatives of the fauna), and they are all drawn and animated perfectly. At the same time, the game does not try to impress at every step, as ABZU did – groups of fish and a dozen dolphins are less common here.
It is a pity that the richness of the fauna does not entail a variety of gameplay options. You can say that the problems here are partly the same as in Maneater-no matter what region you go to, you do the same thing. You get to the marker, with which the heroine determines the location of the necessary creatures, see waypoints, swim to each of them. They ask either to collect biological samples from the bottom, or to scan animals – pull out the scanner, point the sight at a shark or sperm whale, hold the button for a couple of seconds and put the scanner back. There are practically no other tasks.

However, if in Maneater we were just asked to eat 10 turtles or 15 catfish for some reason, then each action has a reason. And they are always voiced by the heroine or her assistants, as they try to explain to the broadcast audience what is happening at all. This, of course, does not make the next task with scanning more exciting, but when you listen to conversations and discussions in parallel, it is a little more fun to do it. There are a lot of dialogues here in General – at the end of each outing Mirai returns to the submarine and sits in the command chair, after which she must communicate with the team or family members.

The story at the bottom.

It’s a pity that the dialogues in Beyond Blue mostly serve as background noise, rather than complement the main story. Screenwriters regularly try to raise important topics, but either completely forget about them, or cut them off in the middle of a word. The main character’s grandmother suffers from Alzheimer’s disease, which Mirai informs her sister about from time to time. It is not clear why this is here – the idea that a girl is forced to leave a loved one for work does not bring the emotions that the authors apparently tried to show. There are also several times talk about harmful algae blooms and destructive actions of fishermen, but these conversations in the end lead to almost nothing. Perhaps the creators did not set a goal to convince someone of something- just threw a couple of topics, and you yourself then read everything in Wikipedia. In any case, these moments look strange – perhaps it was worth adding more fragments of documentaries that would better tell about these problems. There are pieces of “documentaries” in the game – they are unlocked after each Chapter and last no more than two minutes. One tells the story of a woman who missed the growing up of her child because of working in the ocean (this short video makes her empathize much more than Mirai and her grandmother), the other tells about jellyfish, more than half of which are damaged by the turtles that feed on them. You can learn a lot of new things if you were not particularly interested in this topic before.

Beyond Blue does a great job of making the player fall in love with the underwater world and allowing them to get a little closer to the fauna of the Pacific ocean. It does not delight in a riot of colors, like ABZU, but it does not slide into action in the manner of Maneater. This is a three-hour interactive “documentary”, very simple and calm – so much so that you can swim past the sharks and not be afraid of being bitten: they don’t seem to know you exist. They just wait for you to scan them and then take a nice screenshot.

Positive: beautiful graphics and animation of sea inhabitants; logical explanation of what is happening makes monotonous tasks less boring; fragments of documentaries are interesting to watch in between story chapters.

Cons: the topics raised in the story are not disclosed; the instructions are the same every time.