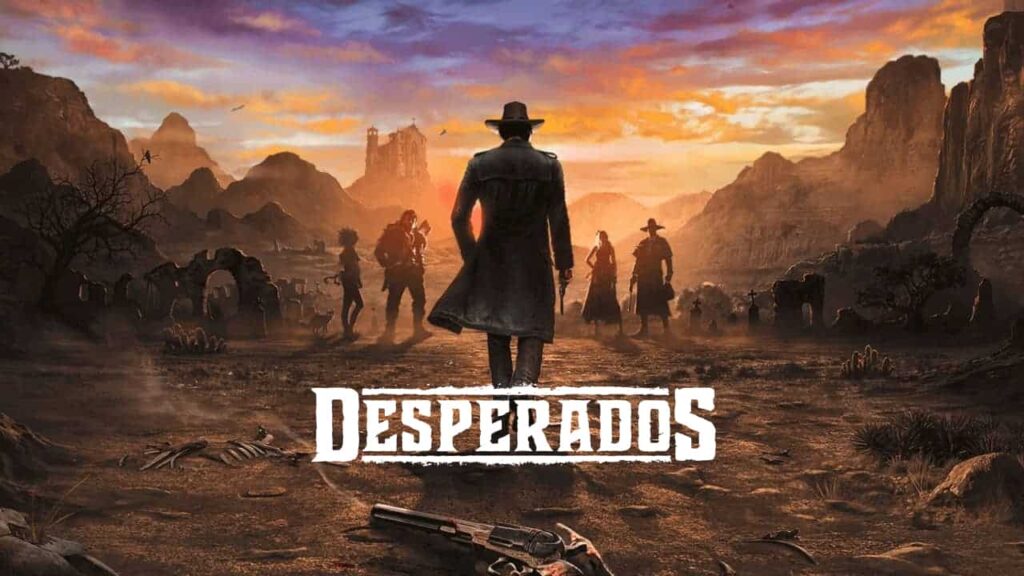 The announcement of Desperados III could cause some fear among veterans of the genre, who are sure that nothing has ever been better than the classic. If it weren’t for the fact that the authors of the chic Shadow Tactics: Blades of the Shogun took up the revival of the legendary tactics. In the end, everything turned out not just good, but amazing. There are six reasons for this.

1. This is a very cool Western

It was curiously. In 2001, spellbound Entertainment’s employees in Desperados: Wanted Dead or Alive actually moved Commandos, an icon of the tactical stealth genre, to the wild West. In 2016, the authors of Shadow Tactics: Blades of the Shogun from the German Studio with the cute name Mimimi Games moved Desperados to feudal Japan, updating and developing many of the game mechanics. And now they’re putting everything back in the wild West setting. And they do it so convincingly that you understand-the developers themselves love the films of John Ford, Sergio Leone, don Siegel and other Directors who popularized the genre. Already the music in the main menu hits the target and adjusts to the desired wave, preparing us for the fact that now the classic program will begin – as in the first part, it, of course, starts with the train robbery. Event-wise, Desperados III is a prequel to the original, so here we meet again John Cooper, Doc McCoy and Kate O’Hara and see how they met. Plus there are two newcomers-the Jolly big guy Hector and the mysterious Isabel from New Orleans with her cat and voodoo magic.

The story itself about the confrontation with a gang of thugs, hiding behind the sign of a solid railway company, and about trying to get to a bandit named Frank is not particularly original. But it has almost everything we love about westerns. Plus, it is very emotional, the characters of the characters are shown in detail, behind which you see not dummies for adding well-thought-out tactical plans, but living and very charming people.

This is Hector, in love with a large bear trap, which he wears on his back and lovingly calls Bianca. So, how powerfully Kate appears in the game — like a sport girl, a beauty, a bride in a chic dress… which she will stain with the blood of the groom when she learns something unpleasant, and a sawed-off shotgun will be at hand. Moreover, the characters clearly interact and communicate with each other — it is impossible to forget the mission, where Hector and McCoy compete to see who will kill the most enemies, and each new murder is ironically accompanied by reminders in the spirit of “ I already have killed the 24th! Are you lagging behind, colleague?”

I have already said about music — it is more than appropriate. But the most striking thing is how beautiful this is clearly not the most high-budget game. Amazing attention to detail, correctly chosen colors and absolutely fantastic level of animation — both on the levels and in the videos on the engine, the characters behave like real people. Or rather, as real actors. Here we have a cinematic Western, and this kind of production and animation in commercials and scenes on the engine (despite the fact that everything is done in isometry) highlight this.

4. This is a real tactic that uses the abilities of different characters

Each of the awesome five heroes of Desperados III is unique in its own way. Old friends Cooper, McCoy and Kate still perform the usual roles — the first one is the fastest shot and throws his endless knife accurately; the second guy is the best sniper in the game; and the beautiful Kate is still ready to seduce men, distract the guards and even lure them into the bushes, where Cooper and his comrades wait these poor fellows or will they meet with a pretty girl’s knee. Hector loves to lure his enemies into his favorite trap. In addition, he has a sawn-off shotgun that can take down anyone who is in the line of fire. Finally, Isabel is able to set her cat on opponents, and also uses voodoo magic to take the bastards under control and make them shoot each other.

Something similar with the help of psychotic poison in the original game was done by a Chinese girl MIA Yun, but Isabel is available and cooler techniques — for example, she can link the fate of two opponents. You kill the one that is easier to reach — and the one that you really wanted to reach, but couldn’t, dies. In General, Isabel correctly enlivens the tactical gameplay.

And at the same time, there are many details in tactical gamepass plan that need to be taken into account. Cooper and Hector carry the dead bodies, rising to their full height, which increases the likelihood of their discovery. But Hector can pick up and carry off two bodies at once. Keith can hit and stun, but can’t bind opponents, so the stunned one will soon recover. And so on, there are many variations. And when all five characters meet on the same map, you have to keep all this in mind — it is both very complex and extremely exciting missions that you want to call a masterpiece of tactical art.

5. Goals can be achieved in different ways

Almost all the missions in Desperados III (and there are more than a dozen of them) take place on huge, full of details and features maps, where you always have room for experimentation and creativity. Well, as a rule — in fact, all the options for ”weeding“ locations are invented for you, and your task is to find and use them correctly. But still there is more freedom than in the original, there are even elements of “sandbox”.

On some levels, we can explore peaceful locations, spy on residents ‘ conversations to find a clue on how to get close to a target or destroy it (“did you hear that the bell in the Church broke down last week?”). Therefore, there are always options-simply and rudely kill, shoot, stab or drop poorly fixed pipe/scaffolding/stone on the reptile, poison, lure it under the train. Or provoke a bull that they are trying to break. Or just in time to throw a torch into a puddle of kerosene.

6. We face a clever and dangerous opponents

Yes, the enemy artificial intelligence in Desperados III is on top. As in Shadow Tactics: Blades of the Shogun, there are particularly dangerous comrades in hats among the opponents, who either do not respond to our distractions, or are distracted for a very short time. Plus the big thugs, the Raincoats, who can only be knocked down with a single blow by the same big guy, Hector.

Even at a normal level of difficulty (and there is also a “hard”, and quite cruel Desperado), the enemies refuse to be punching bags and put sticks in the wheels in every possible way — they control and block almost all the way around with their review sectors, quickly raise the alarm, shoot accurately, react sensitively to barking or, for example, to the cries of chickens that we carelessly disturbed. Or that the lamp was extinguished somewhere — the mechanics of light and shadow work perfectly.

Sometimes it is very difficult to do without the “Carnage” function — here, on pause, we can give orders to our heroes so that they perform simultaneous actions and quickly deal with several opponents at once. Such a “chip” was still in the original, then it was finalized by the authors of Shadow Tactics: Blades of the Shogun. And now they have almost perfectly added it in Desperados III.

This makes it easier, but it doesn’t always save you. Especially if you are over thinking this one and want to complete the mission so that you can perform some special test — do not use weapons, do not save yourself, do not hide in the bushes, or even take a wedding photo with the corpse of our charming Kate’s fiance. You have to study the levels, the location of enemies, try, and then learn from mistakes. More than once or twice there will be situations when you just do not understand how to do everything beautifully and quietly, without raising half of the enemies running out of their guardhouses on alert.

And there is always a solution in the end. The main thing is to try, study and analyze. And in this case, the function of illustrative repetition of how you passed the task helps a lot.

Enemies sometimes react to our characters sitting on the roof, and sometimes they do not see them at close range.
You can sit like this for a very long time — they won’t notice. In addition, in some locations, you can enter from a peaceful to a protected area, kill someone there and immediately go back out — and you will not get anything for it. This is all, of course, not very tactical things, but the game is not to blame. There is so much in it that you can choose how to use the opportunities provided — to do everything honestly, tactically efficiently and beautifully, or to try to find and use weaknesses.

But this is just a transfer of Shadow Tactics gamepass, isn’t it? And there is nothing new?

Yes, Desperados III does not suit the revolution in the genre. But evolution is. It gathers up the best that was invented in the genre of tactical stealth, and is implemented almost at an ideal level. That is, today it is the top of the genre — even more modern technologies, even more non-linearity, space and freedom, the largest and most developed levels, the right care for the comfort of the player. And the best after Red Dead Redemption 2 Western.

Positive: interesting, if not very original plot; bright characters with their own stories, characters and abilities; complex, but exciting gameplay that accumulates and develops all the best in the genre of tactical stealth; rich in detail levels; different ways to complete tasks; almost everything is done very conveniently; the characters are perfectly animated, and the picture is very juicy; great music.

Cons: artificial intelligence is good, but it still has its limitations; sometimes it can be difficult to manage.